For the vast majority of people, Reebok and running are synonymous.  They belong together. Like apple pie and ice cream, Mulder and Scully, Mickey and Minnie, they’re almost inseparable. You can’t have one without the other. It’s a partnership that transformed a lowly business that began in Bolton, England in 1895 into a globally recognized brand.

Reebok, under their original name Olympic Works, developed, pioneered and invented some of the earliest spiked running shoes at the end of the nineteenth century. Although it wasn’t until the Paris Olympics in 1924, when 100-metre champion Harold Abrahams sailed to victory wearing their shoes, that the firm first tasted fame.

Fast forward thirty years and some change and Olympic Works finally became Reebok in 1958. Named after a South African antelope, it would be another twenty years before Reebok, after coming to the attention of Paul Fireman at a trade show in Chicago, finally established itself in the USA.

Becoming an American company in 1985, following the successful launch of the first purpose-designed athletic shoe for women, Reebok slowly, but surely became part of popular culture. Running and Reebok was intertwined and as more athletes flocked to their brand, the bond between Rebook and all types of sports went from strength to strength.

But that was then and this is now, and a lot of miles have been added to the road in the intervening years. So are Reebok still the running brand? Are their shoes still a world-beating force to be reckoned with?

The short answer is yes and the long answer is most definitely, yes. And it’s mainly due to an innovation that Reebok call Floatride, a system that provides lightweight comfort and breathability while cushioning every stride and returning maximum energy with each footfall. 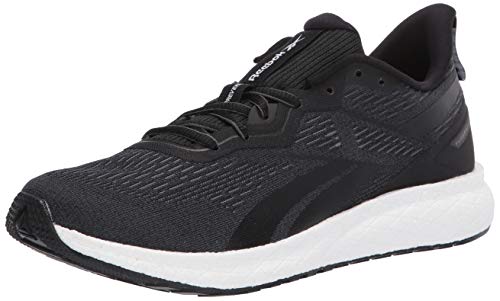 Delivering the best of all worlds, everything that made the original Floatride Energy a favourite among runners, with an extra helping of new technology and improved performance, the Floatride Emergy 2 is made for beginners and long-time advocates alike. Dependable, comfortable and just as much at home on the track as it is the road, the Floatride Energy 2 does everything that you’ll ever need it to and much, much more. 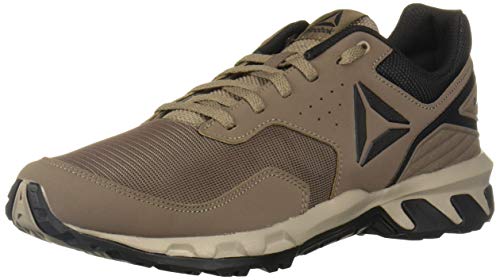 The firm cushioning that runs for the entire length of the Ridgerider means that wherever you run, it’ll feel just like the smoothest road surface. Pebble trouble and stone related pain won’t trouble you as the Ridgerider helps you to conquer whatever surface comes your way.

Slightly heavier the average running shoe, the Ridgerider, much like the Toyota Hilux, hits the ground running and doesn’t let anything get in its way or stop it, or you, from getting wherever it is you want to go. 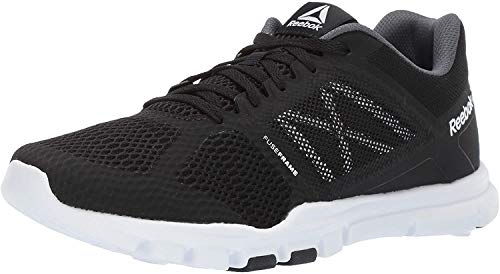 Bouncing in at number three, is the Yourflex Train.  Known for their extreme comfort, flexibility, and lightweight design the Yourflex Train delivers an incredible amount of support and protection while chewing up distance and spitting it out.

Every runner wants to get the most out of every run and these highly durable shoes, thanks in no small part to their superior cushioning system and midfoot support, ensure that whatever your objective, they’ll help you to achieve it.

About as perfect as a training shoe can get, their mesh construction allows your feet to breathe during even the most arduous of runs, while the carbon rubber outsoles make sure that, just like Spider-Man, you’ll stick to just about any surface you encounter. 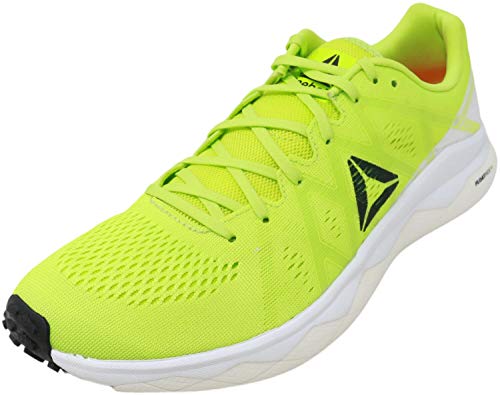 For number four, it’s back to Reebok’s patented Floatride system with the Floatride Run Fast.  A dedicated runner’s shoe, the Floatride Run Fast is made for the hardcore enthusiast who takes competition and performance extremely seriously. This shoe isn’t for amateurs or those of you looking for a shoe for your first run. This is the shoe for the runner who hurtles past you covered in sweat and whose breath cuts the air in front of them with laser sharp precision and purpose.

A bone fide scientific achievement, the sheer amount of technology involved in making this ultralight shoe a reality would have confounded and confused the entire faculty at MIT.  Combining mesh construction with a dependable and incredibly reliable, and comfortable, Floatride system, the Run Fast was made to do exactly that; run fast.

While the Floatride technology guarantees that the Run Fast will be easy on your feet at whatever speed you’re travelling. It’s made to move and keep on moving.  The Floatride Run Fast doesn’t do slow and steady, but if it did, it would do it with a style and grace that almost every other runner could only dream about.

The idea that runners only run is a thing of the past. The advent of cross-fit has drawn a new legion of gym savvy health-conscious, workout obsessed athletes to the world of running and the Nano 9 is a great shoe to help them to make the most out of all of their fitness-based pursuits.

Strong and durable due to its mixture of Rope Pro construction,  FlexWeave upper and TPU heel support, this highly dependable, and desirable, running shoe is a true chameleon and Jack of all trades. As reliable in the gym as it is on the open road, the Nano 9 is a comfortable, hard-wearing alternative for all-purpose training.

Running made Reebok’s name.  They practically invented the modern athletic shoe and if it wasn’t for Reebok, trainers, sneakers and running shoes as we know them today, wouldn’t exist. Admittedly, there was a time around the beginning of the millennium when they took their foot off the gas for a little while which allowed other brands to surge past them, but with the invention of their Floatride technology, they returned to the fold with a vengeance.

Having invested heavily in developing running shoes and creating a division within the company dedicated to pushing the technology that goes into every single shoe they produce, Reebok is, once more, a dominant force in the development and manufacture of running shoes.

Comfort seems to be at the forefront of everything that Reebok does. The Floatride system that most of their running shoes use is widely acknowledged to be one of the most comfortable platforms used in running shoes.  Favoured by runners and cross-fit athletes, Reebok has returned to doing what they do best and know that when it comes to running, comfort and durability are everything. Which is why they take both extremely seriously and ensure that their running shoes are some of the most comfortable footwear available for both amateur and professional athletes alike.

Value, like most things in life, is subjective and entirely dependent on individual perception. But with most of their running shoes coming in at under one hundred dollars, monetarily they’re a brand that provides incredible value.  There are, of course, exceptions to that rule as the higher up the running food chain you go, the more you demand from your running shoes and demand, in any and all areas of leisure, adds cost to whatever it is you’re paying for.  It’s one of life’s eternal truisms.

That said, there’s an old adage that states “You get what you pay for” and Reebok with more than a century of experience, have mastered the art of producing a good product for an affordable price. Are Reebok running shoes good value for money? Absolutely, and it’s one of the major reasons why Reebok are still making and selling, running shoes one hundred and twenty-five years after they sold their first pair.

Which Reebok shoes are right for me?

Unfortunately, that’s a question that only you can answer. You know what type of runner you are. You know the distances you prefer, your time per mile and what your personal best is. You know whether you want to push yourself harder and faster or just run for pleasure, and ultimately, you know better than anyone else what you’re looking for. What matters to you as a runner? Distance? Speed? Difficulty? Whatever it is, there’s a pair of Reebok running shoes for you, and maybe just maybe, we’ve been able to point you in the right direction. On your marks, get set… Go!